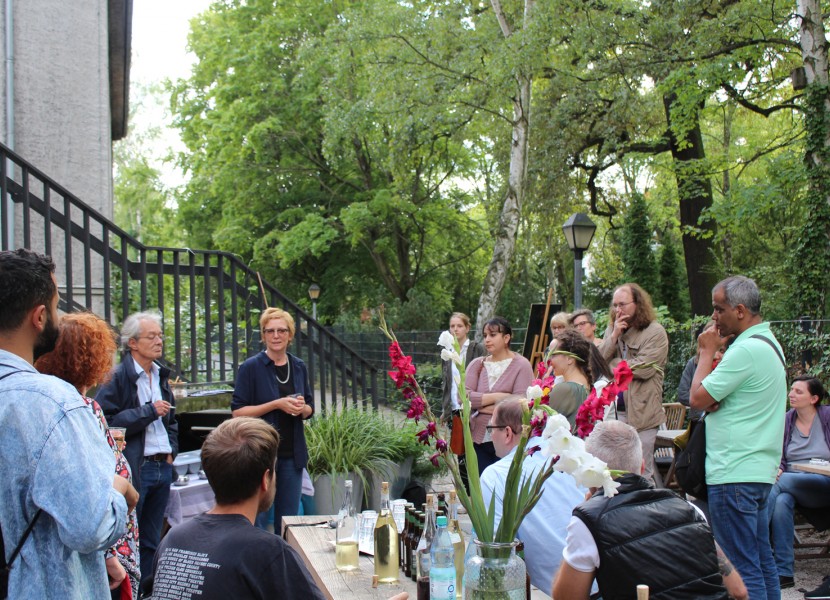 In the absence of public policies that ensure the preservation of film heritage in their respective countries, NAAS member spaces are increasingly faced with the necessity to undertake this challenging responsibility.

Addressing the need for training and expertise formulated during NAAS’s regional meeting at the 2017 Berlinale, the Arsenal – Institute for Film and Video Art organized a five-day archival curation workshop on 19–24 August 2017 at the Arsenal premises in Silent Green Kulturquartier, Berlin.

The training focused on film archive curation, highlighting the issues at stake in preserving national heritage and making it accessible to the general public. It built on the Arsenal’s extensive archive collection including more than six thousand films and videos collected since the founding of the institution in 1963.

The training targeted six initiatives, all members of the NAAS network, that had either already engaged in long-term projects of building a physical film archive or that hold a depositary of rich unexplored collections of film archives and prints that are still to be examined, classified, and preserved.

This workshop was made possible thanks to the financial and logistical support of the Arsenal – Institute for Film and Video Art.

Arsenal’s extensive film archive features more than 6,000 films and videos collected since the founding of the institution in 1963. Explore here the library of one of the biggest film archives in Europe.