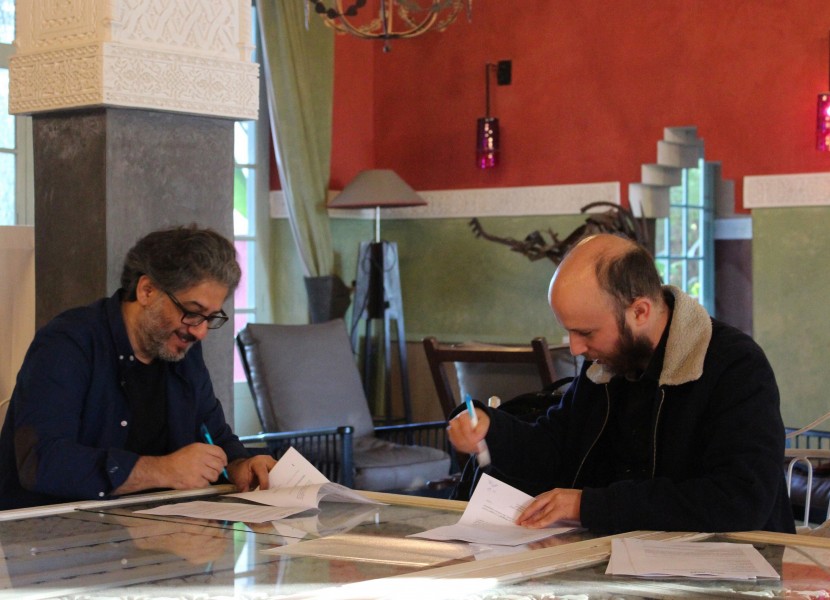 Building on the achievements and challenges of the pilot sub-granting program, Cinapses was designed as a grant program to encourage long-term, joint initiatives among NAAS members. It aims to lead members into new opportunities for institutional sustainability and programmatic development; create solidarity among members; activate network mobility; and build an ecosystem and strong tools to be used by everyone in the network and sector.

The closed call for proposals was launched in June 2018. Sixteen submissions were collected and submitted to the granting jury, who offered recommendations on the most appropriate type of feedback and support that NAAS could provide.

The granting jury consisted of three members who nominated themselves, following a call which took place early 2018: Hania Mroué (Metropolis, Beirut), Mohamed Lansari (Cinémathèque de Tanger, Tangier), and Hanna Atallah (Filmlab: Palestine, Ramallah). Following this meeting, the NAAS staff compiled their feedback and shared it with the co-applicants. Each joint initiative benefitted from a technical review of finances and received a set of recommendations, inviting the co-applicants to submit a revised proposal.

Subsequently, NAAS members submitted to the staff a total of nine finalized proposals and budgets.

The final decisions regarding the allocation of grants were based on the recommendations of and approved by the granting jury. The decision-making process took into account the joint initiative’s relevance to the network’s long term objectives and considered budgeting and operational capacity of each co-applicant. After the staff shared the grant decisions with each set of co-applicants, contracts were signed by co-applicants during the regional meeting that took place on December 3-5, 2018, in Marrakech.

All joint initiatives receiving support from Cinapses take place in 2019. They advance the program’s core priorities, featuring components such as coordination for young audience initiatives and co-creation of educational tools; strengthening non-traditional channels for circulating films via innovative programming strategies; enhancing community screenings outside of traditional cinema spaces via the sistering of cinema networks across national borders; dissemination of creative film programs among member spaces; and strategic partnerships within and without the cultural sector with research institutions and media outlets.