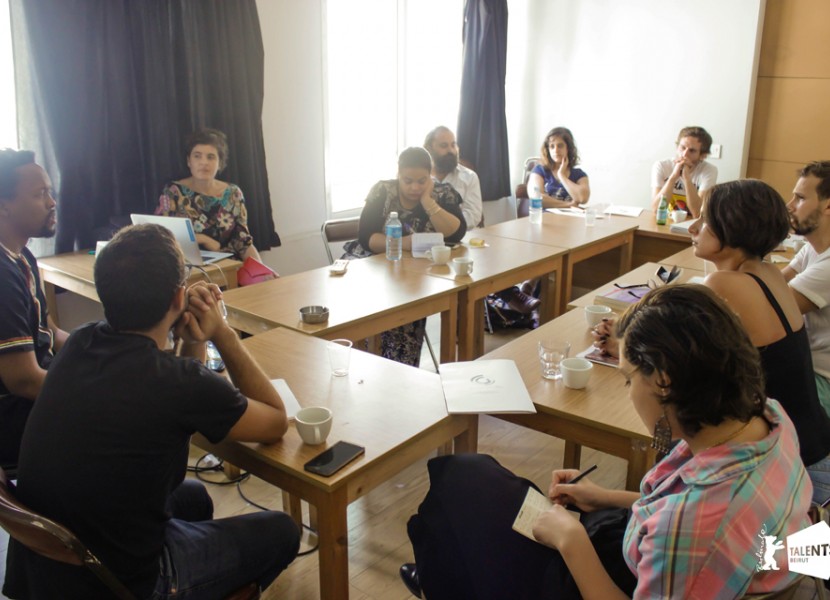 NAAS teamed up with Metropolis Cinema in Beirut to launch the second training program of “Cinapses,” dedicated to alternative film exhibition and creative distribution in the Arab and African contexts. It was hosted within the framework of the fourth edition of Talents Beirut.

NAAS and Metropolis designed a unique curriculum bringing into focus the question of film curation in relation to outreach: Why is curation an essential part of what defines alternative cinema spaces? How can it contribute to making the cinema space sustainable?

Programmers and distributors working in various contexts were invited to share with the participants their experiences in running festivals, year-round film programs, and film releases. They discussed how these different schemes impact the development of a cinema space and its capacity to engage in a long-term conversation with local audiences and eventually to grow into broader networks.

The workshop gathered fourteen exhibitors, distributors, and film programmers from eight countries, many from the Arab region and African continent.

The participants also took part in Talents Beirut’s public masterclasses and networking activities and attended the screenings hosted at Metropolis during the German Film Week, supported by the Goethe Institut in Lebanon.

This workshop was held with the support of the Ford Foundation.