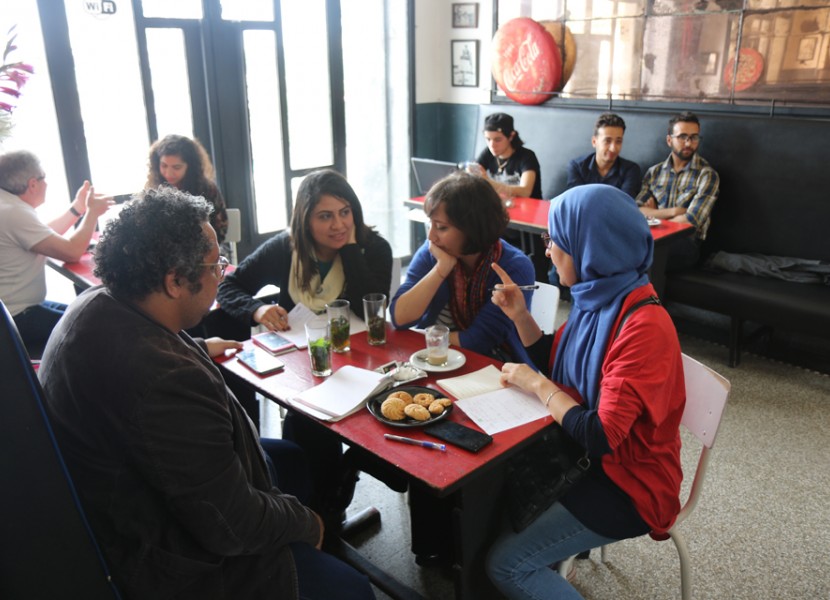 In April 2017, NAAS organized its first Project Development Workshop, taking place in partnership with the Cinémathèque de Tanger (Morocco). It was conceived as the starting point of “Cinapses”: each project put forth by the members benefitting from a larger package consisting of training, networking opportunities, a touring film program, and financial support.

This marked the third regional training held by NAAS, building on past experiences, namely the two Arab Arthouse Cinema Workshops that took place in Beirut in 2014 and in Cairo in 2015. The 2017 week-long training gathered twelve film programmers working in eleven non-governmental cinema spaces, all based in the Arab region, and members of the NAAS network.

The participants submitted a total of nine projects focused on reconfiguring their audiences and reaching out beyond their spaces and toward their surrounding communities.

The projects, which presented innovative features such as open-air screenings and mobile cinema events, were discussed and developed in Tangier, over peer-to-peer sessions, group exercises, and case studies presented by five Arab and international experts.

The workshop was held in conjunction with AFAC Film week, in partnership with the Arab Fund for Arts and Culture.

First Edition of the...
3 years ago