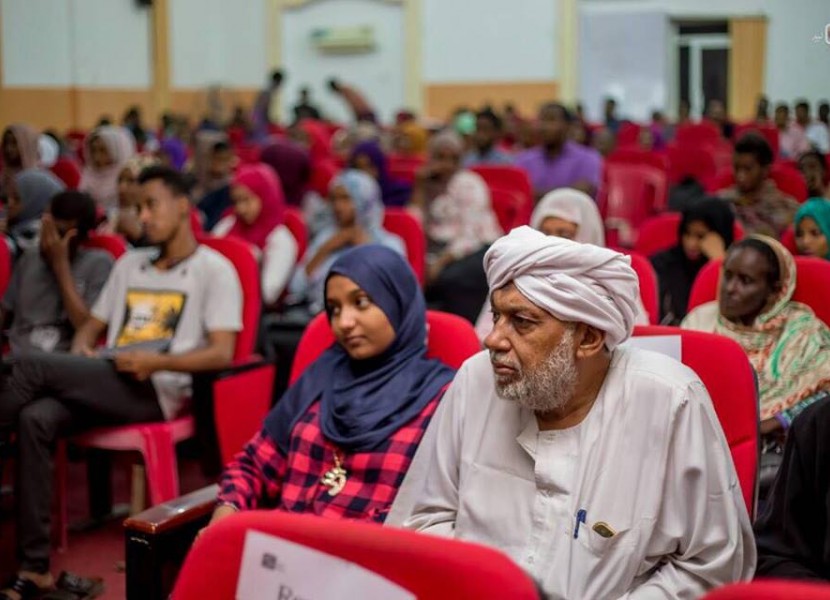 In early 2017, the Network of Arab Alternative Screens (NAAS) launched “Cinapses,” a pilot program aiming to strengthen the landscape of film circulation in the Arab world. The program included the allocation of subgrants to NAAS member spaces to support projects aiming to build audiences and expand outreach. Within this framework, a total of eight projects submitted by the NAAS member spaces received financial support in the form of a “sub–grant”.

“Regards de Femmes” was the first edition of a yearly women’s film festival featuring films directed by women and/or dealing with gender-related issues, with a focus on the Arab region, Africa, and South America. The festival took place in Hammamet, a northern city in Tunisia.

NOWPLAYING was a summer season of arthouse, independent, repertory, and alternative cinema every night for six weeks at Warehouse 68 at Alserkal Avenue in Dubai. The overall aim of the program was outreach – to increase Cinema Akil’s exposure to a larger audience – and to test the beta version of what would be their permanent home as the first independent cinema in the Gulf.

FILM/DIALOGUE AND PRODUCTION FOR CHILDREN AND YOUTH

This threefold program included a training of trainers whereby seven Palestinian filmmakers received training from two Danish film production specialists in running film education workshops for children and youth; The trained filmmakers then conducted six workshops for ninety children in eight different locations in Palestine. The program concluded with a series of young audience screenings during the “Days of Cinema” film festival organized yearly by FilmLab: Palestine in October, attracting over 2,000 children.

This program, Cinma Education – Cinema Generation, was held by the Tunis-based movie theater CinéMadart as a pilot version of a wider, cinema education project, addressing school children aged twelve to fifteen. This pilot involved ten pupils from Assad Ibn Fourat high school, located in El Kram, a disadvantaged area neighboring CinéMadart. They participated in a week-long initiation to the critical reading of moving images and to a filmmaking workshop concluding with a public screening of the short films that were produced.

CINEMA ON THE ROAD

“Cinema on the Road” is a film literacy project in Lebanon aimed at reaching children and youth in Lebanese public schools in addition to Syrian and Palestinian refugee camps, who do not have access to film culture or films as an educational tool, in order to explore a new world of culture and raise the interest in films as a form of self-expression. This new edition of “Cinema on the Road” consisted of three parts: the “Outreach Screenings” (in refugee camps and informal settlements) took place from November 2017 until February 2018; the “Mobile Cine Club” (screenings for public schools) took place in January and February 2018; and the “MY Film Fest” (children and youth film festival), which took place in April 2018.

SUDAN FILM SCREENS was a series of curated screenings presented on a monthly basis by Sudan Film Factory to local audiences in Khartoum and the city of Wad Madani.

The Cairo-based arthouse cinema Zawya set up in October 2017 partnerships with cinema spaces and individuals living in different provinces across Egypt, who were interested and willing to start a “Zawya screen” in their cities. The program unfolded with weekly screenings in Alexandria, Port Said, and Ismailia (October 2017–March 2018); one-off screenings in Damietta, Qena, and Mansoura; and special screenings under the framework of the “Panorama of European Film” in Zagazig, Menya, Qena, Mansoura, Assiout, and Damietta (November 2017). Q&As and masterclasses were also held with European and Egyptian filmmakers in Alexandria, Ismailia, and Port Said.

“Indoors/Premiers Gestes” is a collaboration between Wekalet Behna in Alexandria (Egypt) and Archipels Images. The program featured two different workshops: a film criticism-writing workshop held at Wekalet Behna in Alexandria, moderated by three mentors from Wekalet Behna and Archipels Images and targeted at film critics, cinema students, and filmmakers recently graduated from film school; and a filmmaking workshop for three trainees who were invited to produce each a short film around the theme “portraying the city in a close space,” under the mentorship of three invited filmmakers. The workshops concluded with a public screening of the short films.

The Cinapses pilot program was supported by the Ford Foundation and the Open Society Institute.